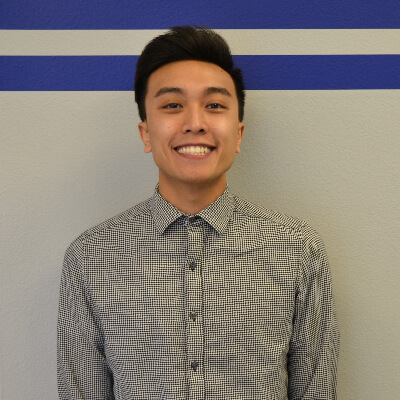 Dr. Pierre attended the University of California, Los Angeles where he acquired his bachelor’s degree in Psychobiology. He continued his education at the Southern California College of Optometry and received his doctorate in optometry. During his clinical rotations of his fourth year, Dr. Pierre gained experience working with patients at Wellish Vision Institute. Enjoying his time in Las Vegas, Dr. Pierre decided to relocate after graduating from optometry school.

When asked why he chose to pursue a career in optometry, he had the following response:

“Well, when I was growing up, my eyesight was gradually getting worse but I didn’t notice since it was changing so slowly. It worsened to the point where school started to get really challenging. I didn’t know it was my vision, I just assumed I was bad at school. Eventually, I failed a vision screening in 5th grade and my parents took me to the optometrist to get my first pair of glasses. When I put on my glasses for the first time, I distinctly remember looking at a tree in the distance and seeing the individual leaves; it felt like I was really seeing for the first time. After that, school became much easier and enjoyable, I really appreciated the improvement in quality of life with glasses which sparked my interest in a career in optometry.”